You are here: Home / Biographies / Biography of Shaykh Ahmadullah Partapgarhi 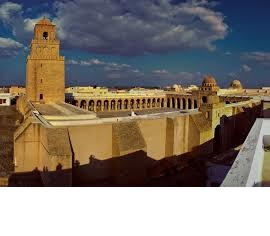 1) Mian Peer Muhammad, from whom he learned books of Persian language such as Gulistan

2) Sayid Muhammad Ameen Naseerabadi (from Rae Brelly) from which he learned book of Arabic grammar and morphology, and he also memorised the Quran from him

After studying these books, Shaykh Ahmadullah went to study in Bhopal in the Madrasah of Nawab Siddiq Hasan Khan who had passed away, but the Madrsaha had excellent teachers:

5) Shaykh Lutf Ar-Rahman Bardwani, from whom he learned “Mutawal”, “Mir Zahid”, “Mulla Hasan” and other books.

6) Shaykh Husayn ibn Muhsin Al-Ansari Al-Yamani, from whom he read the two Sahih, Tirmizi and Nasa’i

8) Ahmad Sindhi Farokash, who was the student of Mufti AbdulQayum ibn Abdil Hay Budhanwi (a student of Shah Muhammad Ishaq Dehlwi). Shaykh Ahmadullah learned some portions of Sahih Bukhari and Sahih Muslim from him

9) Qadhi Ayub Bhopali, who was also a student of Mufti AbdulQayum Budhanwi. Shaykh Ahmadullah learned some portions of Sunnan Nasai and Sunnan Tirmizi from him.

Afterwards Shaykh Ahmadullah went to Ilahabad and studied there from:

10) Shaykh Muneerudin Khan, from whom he learned “Mir Zahid”, “Mulla Jalal” and some portions of “Mutawal”

Afterwards Shaykh Ahmadullah went to Delhi and studied from:

16) Mian Nazeer Husayn Delhwi from whom he studied the two Sahih and some portions of other books of “Sihhah Sittah” and obtained Ijazah from him.

19) During his stay in Bhopal, he obtained Sanad Musalsal bil Awwaliyah from Qadhi Muhammadf Machli Shahri

Later on in 1927, Shaykh Ahmdullah Partapghari performed Hajj and obtained there Ijaza from Shaykh Muhammad ibn AbdilLAteef ibn Ibrahim ibn Hasan Aal Shaykh, and also gave the Shaykh his Ijaza. They exchanged their Ijaza and gave to each other their Ijaza (Tadabbuj)

1) Shaykh Ahmadullah had compiled his Fatawa in 2 volumes, but one of these volumes was lost during the partition and the second was present with Shaykh Muhammad Yunus Partapgarhi in Pakistan. One of the Fatwa of Shaykh Thanaullah Amritsari present in “Fatawa Thanaiyah” has his approval as mentioned by Shaykh Ziad Tuklah,

3) He compiled the writings of his teacher Shaykh Sahsawani on “Fatihah Khalf Al-Imam” and published this book.

4) He has started a monthly magazine called “Tabligh Al-Islam” while teaching in the Madrasah Hajji Ali Jan but he could not carry it for long and it stopped when he went to teach in Dar Al-Hadith Rehmaniyah.

5) The Shaykh had letters to Shaykh AbdulHaq Hashmi and also some letters to King AbdulAziz.

The number of his students is too large to be counted, we count among his famous students:

Shaykh Ahmadullah Partapgarhi Dehlwi passed away on the 19th March 1943 in Delhi.

The praise of scholars towards him

Shaykh Muhammad Ziad Tuklah wrote: “Al-Muhadith Al-Allamah Al-Kabeer, the Shaykh of Shuyukh, rather the Shaykh of Hadith in India”

Shaykh AbdulQayum Rehmani said: “I have not seem among Arab and Ajam someone similar to him”

Shaykh Ziad Tuklah asked Shaykh AbdulQayum Rehmani if he considers the Isnad Ahmadullah from Mian Nazeer Husayn Dehlwi from Shah Muhammad Ishaq from his grandfather as the narration of Malik from Nafi from ibn Umar, and he replied: “Yes without doubt”

Shaykh Abdullah ibn Abdil Aziz Al-Aqeel said: “Our Shaykh Al-Qar’awi used to praise him and benefited from him in many Uloom and gave us Ijaza from him”

Shaykh AbdusSalam Bastawi wrote in his Ijaza to Shaykh AbdulWakeel Hashmi: “First the noble and precise verifying scholar, the Muhadith, the Mufassir, the destroyer of innovation and Shirk, the transmitter of the Sunnah and the one who mad it apparent, known between the horizons and regions of the earth, our Shaykh Mawlana Ahmadullah ibn Ameerullah Qureshi Partapgarhi then Dehlwi”

Shaykh Muhammad Ozair Shams said in his book on the biography of Allamah Shamsul Haq Azeemabadi about Shaykh Ahmadullah Partapgarhi: “From the greatest Muhadithin in India in his time”

Shaykh AbdurRahman Firyawa’i said in “Juhud Mukhlisah” p 100-101 about Shaykh Ahmadullah Partapgarhi: “He is from the famous scholars of Hadith expert in the sciences of the Book and the Sunnah, he exerted his effort on teaching Hadith his entire life, and Allah gave benefit to a great quantity of people through his lessons, and he reached the leadership of Hadith in his time, most of the scholars of Ahl e Hadith in the Indian subcontinent took from him and became his students, and through him they connected to the Muhadith Nazeer Husayn Dehlwi.

The respect of Hanafi scholars towards him

Shaykh Muhammad Ishaq Bhatti wrote: “Where he was seen with immense respect by Ahl e Hadith scholars, people of knowledge from Ahnaaf would also see him with eyes of respect. The Shaykh’s student Haji Muhammad Rafeeq Zubaydi (who was also from the same hometown as me and also a close friend of mine) told me that the famous Deobandi school of thought scholar Mufti Kifayatullah would come to meet him regarding some matters of Fiqh and would sit with great respect in front of him. The Shaykh would also respect him” (“Gulistan Hadith” p 156)