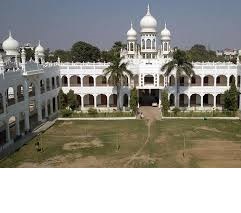 He is Shaykh Abu Jameelah Ali Husayn ibn Ali Jaan ibn Aalim Mian ibn Bojan Mian Al-Kashifi As-Salafi, the Shaykh of Hadith, Fiqh and Fatwa of Jamiyah Salafiyah Banaris India, one of the greatest scholars of Hadith, Fiqh and Arabic grammar in India. His attribution Kashifi is due to studying in the Madrasah “Kashif Al-Ulum” Delhi and Salafi due to him studying in Jamiyah Salafiyah Banaris.

He was born in his familial village “Bara Sar Shah” in area of Pakor in province of JaharKhand on 23 January 1952. He grew up in his village where he started his studies at the age of 9 and completed them at the age of 15 in the village Raaj Gaon BerBhom in Bengal. Afterwards he learned primary Arabic knowledge in a Madrasah nearby called “Madrasah Dar Al-Ulum Diotlah” in Pakor and he studied 3 years there books such as Sharh Jami, Sharh Kafiyah and Mishkat.

He went afterwards to the fortress of knowledge “Jamiyah Salafiyah” Banaris and joined in 1976 and studied there for 5 years and graduated in 1981.

He became afterwards teacher in Jamiyah Salafiyah Banaris in 1981 and spent all his life teaching there.

Among his famous students:

The Shaykh was a noble scholar, he taught many books among which Sahih Al-Bukhari. He was distinguished by his humility, with a soft heart, compassionate towards his students, an excellent Murabbi and teacher.