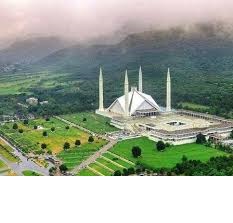 Shaykh Muhammad Yahya Sharakpuri is from the suburb of Hasar in India. He was born around 1922 or 1923. His parents and grand parents were from a village called “Modi” in the Tahsil of Sarsah.

a) Shaykh Noor Muhammad Sutri: He authored a poem in Punjabi called “Shahbaz e Shariat” upon which Hafiz Muhammad Lakhvi wrote a Sharh in Persian.

c) Shaykh AbdulQadir Hasari: his Maqalat were regularly published in al-Itisam and many other magazines. Shaykh Ishaq Bhatti wrote a detailed biography of him in “Karwan e Salaf”

Nowadays Hasar is in India’s province Hariyanah. The reason why there were many Ahl e Hadith in this area was due to the fact that Qadhi Muhammad Sulaiman Mansurpuri, the author of “Rahmatul Alamanin” and many other famous books, was judge in Patialah, which has a border with Hasar.

Shaykh Muhammad Yahya’s mother passed away when he was young and his father had remarried. He moved to Jhuk Dado in the suburb of Faisalabad to live with his Khala. There Shaykh Mian Muhammad Baqir from this village had established a Madrasah and Shaykh Muhammad Yahya joined this Madrasah.

When his father heard that he had started religious studies, he was very unhappy as being a Molvi was not seen as good in rural areas and they were not given respect. His father believed that he should start working as a farmer like him and his ancestors from the Rajput family. But Shaykh Muhammad Yahya did not pay attention to his father’s dissatisfaction and carried on studying religious knowledge with great zeal. Shaykh Muhammad Yahya was self-sufficient and was not supported by his household. He did not want to burden his family hence he was working in fields and cutting crops of farmers to support himself.

Shaykh Muhammad Yahya also spent some time on Odhan Wala where he benefited from Hafiz Muhammad Ishaq. He also went to stay some time with Shaykh Ata’ullah Haneef Bhujiyani in Ferozpur, as Shaykh Bhujiyani before the partition was in Ferozpur. With learning books from Shaykh Bhujiyani, he also learned a lot more from his behaviour and characters. After the partition, Shaykh Ata’ullah Haneef Buhjiyani moved to Qasur and then to Gondla Wala (in the suburb of Gujran Wala) where he started his lessons. Shaykh Muhammad Yahya also benefited from Shaykh Bhujiyani in Gondla Wala and there his class fellow was Hafiz Muhammad Yahya Aziz Mir Muhammadi.

During his studies there, he also studied the Hanafi book of Fiqh “Al-Hidayah” in Gujranwala from Shaykh Muhammad Chiragh who was from the Deobandi school of thought in his Madrasah ‘Arabiyah on GT Rd.

His Da’wah activities and teaching

After completing his studies with Hafiz Muhammad Gondalwi, Shaykh Muhammad Yahya Sharakpuri married around 1950. After marriage he stayed some time in Khanewal and started to work in the clothing sector and with it, he would give lectures and speeches. A little time after, he fell very ill and invoked Allah (Subhanahu wa Ta’ala) that if he is cured he would spend more time in the field of Da’wah and less in business, ie giving a secondary importance to his business and make Da’wah his priority, and after his recovery he acted accordingly and up to his death he lived according to this philosophy. He never took all his life any income from the Masjid and had to face difficulties and even had many rich businessman as students but he never spread his hand and lived with simplicity and was never attracted by wealth.

Shaykh Muhammad Yahya Sharakpuri would be very active in the field of Da’wah. He would sometimes go delivering lectures in different areas and return home after few days. Hafiz Muhammad Yahya Aziz Mir Muhammadi would accompany him in many travels for conferences. The Shaykh had a great fervour to teach Tawheed and eradicate Shirkiyah practices. Once he broke with Malak Hasan Ali Jami’i a sign stating: “Ya Shaykh AbdulQadir Jilani Shayan Lillah” outside a Masjid and he and Malak Hasan Ali Jami’i had to face a trial for it.

Shaykh Muhammad Yahya Sharakpuri has not authored any book, he wrote epistles on different topics and translated some from Arabic to Urdu. Shaykh Umer Farooq Quddusi wrote: “If the Shaykh’s children compile these epistles in a single volume book, it would be a great scholarly service.” Shaykh Muhammad Yahya also compiled an epistle in which he defended Shah Isma’eel Dehlwi and replied to objections against him, and though this epistle is small, but it covers the topic.

Shaykh Muhammad Yahya Sharakpuri’s habit was to deliver lectures of Tafsir of the Quran daily after Fajr prayer and he would stick strictly to this habit. Sometimes even after returning late from a travel, he would insist to complete his lesson of Tafsir after Fajr despite the travel of the previous night. In extreme cases of tiredness, he would delay his lesson of Tafsir after Fajr but would ensure to conduct it after resting after Fajr. He thus completed the Tafsir of the whole Quran twice in his life in his daily lessons. He did not teach in a Madrasah but many in Sharakpur had learned the translation of the Quran and Mishkat Al-Masabih from him. Many civil servants, doctors and rich businessmen were benefiting from him.

Once Shaykh Umer Farooq Quddusi and Hafiz Ibtisam Elahi Zaheer went to visit Shaykh Muhammad Yahya Sharakpuri, and he mentioned to them that Shaykh Muhammad Sulayman Rori Wale advised him to read books of Imam Ibn Taymiyah and Imam Ibnul Qayim, and thus whatever books of these two great scholars he could find, he would read them.

Shaykh Muhammad Sulayman Rori Wale advised him such when he was young and thought at one point not to complete his religious studies and he had studied enough, so he went just to benefit from the spiritual lessons from Shaykh Sulayman who was a great Arif (cognisant), but Shaykh Sulayman told him that it was a Satanic Waswasah and he should first complete his studies and afterwards he can come to his lessons on Zuhd and piety. And if he is not alive when Shaykh Yahya complete his studies, he must read the books of Imam Taymiyah and Imam Ibnul Qayim and that would be perfect guide for him. He also advised him: “In your life, do not consider any action or statement of the Prophet (saw) as ordinary (ma’mooli) or of little importance”

The great effect of his invocations

Shaykh Ishaq Bhatti wrote: “Molana Muhammad Yahya Sharakpuri was an embodiment of the Salaf Salihin, praying Tahajjud, of high Akhlaaq, an orator with an admonishing speech, a scholar of excellent qualities, having compassion for younger and respect for eldest was in his nature”

Shaykh Muhammad Yahya Sharakpuri was Mustajab Ad-Du’a, many of his invocations would be answered by Allah (Subhanhu wa Ta’ala) and many people from laymen from all schools of thoughts would request him to invoke Allah (Ta’ala) for them. The person who requested him to invoke Allah, he would name him after Tahajjud when invoking Allah: “O Allah, your servant so and so told me to make a Du’a to You (for him), accept my Du’a”

Many people narrated that they did not have children or no male children and they requested the Shaykh to invoke Allah (Ta’ala) and afterwards Allah (Ta’ala) granted them such. Many people in difficult cases go to people and some give them non legislated techniques but Shaykh Muhammad Yahya Sharakpuri would only invoke Allah for them. Hence Shaykh Muhammad Yahya Sharakpuri became very influent and many people even from different sectors of the society would respect him immensely.

In Bonga Balochan Bhai Phero (in the suburb of Qasur), some politicians had captured the lands of some farmers who were Ahl e Hadith, and they had no political link or influence on judges so they went to see Shaykh Muhammad Yahya Sharakpuri who invoked in their favour to Allah, and afterwards the tribunal gave verdict in their favour. They wanted to gift the Shaykh some land but he refused and said instead to give some as Waqf to Allah, hence a Markaz was established there by him and Hafiz Muhammad Yahya Aziz Muhammadi.

1) Hafiz Masood Alam: He is the eldest son of Shaykh Muhammad Yahya Sharakpuri and among the senior scholars of Pakistan. He studied preliminary books from his father and afterwards joined Jamiyah Islamiyah Gujranwala where he benefited from Shaykh Abul Barakat. He went afterward to Jamiyah Salafiyah Faisalabad. After graduating from there, he further studied in Madeenah University. He did his MA Arabic from Punjab University and started to teach for some time in Jamiah Abu Bakr Karachi and afterwards he became teacher in Jamiah Salafiyah Faisalabad. With teaching at Jamiyah Salafiyah Faislabad, he also teaches in Markaz At-Tarbiyah Al-Islamiyah in Faisalabad which teaches graduates from Dars e Nizami highest books for 3 years.

3) Hafiz Muhammad Dawud: He memorised the Quran and studied preliminary books from his father.

4) Hafiz Hamood Ur-Rehman: He graduated from Jamiyah Salafiyah Faisalabad and from Umm-ul-Qurra Makkah Mukarramah. He also did MA Arabic from Punjab University. The Shaykh was sent by KSA to UK and he is the Imam of Makki Masjid in Manchester and an active scholar of Markazi Jamiat Ahl e Hadith UK. He played a key role in the publication of the book “Talkh wa Shirin” of Shaykh Mahmood Ahmed Mirpuri and has other great scholarly services.

5) Hafiz Muhammad Zakariya Saud: He graduated from Government College Lahore and studied in Jamiyah Salafiyah up to Darajah Thanviyah. He did his MA in Islamic sciences from Punjab University.

Shaykh Muhammad Yahya Sharakpuri passed away on the 9th November 2001. His close friend Hafiz Muhammad Yahya Mir Muhammadi read his funeral prayer. A large crowd of scholars, students and people from all sectors of the society came to his Janazah. Shaykh Umer Farooq Quddusi wrote describing the big crowd at his Janazah: “We could feel that he was in reality a Rabbani scholar, a Faqeer in the court of As-Samad, an accepted person in the court of the Lord of the universe, may Allah (Ta’ala) accept his good actions and increase his levels, and confer him the closeness to Prophets, Siddiqin and Salihin in the hereafter, Ameen!”