You are here: Home / Biographies / Biography of Hafiz Salahdin Yusuf 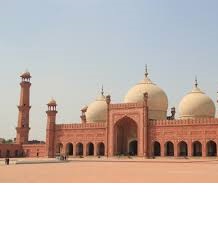 Hafiz Salahdin was born in 1945 in India in the city of Jepur. His father Hafiz AbduShakur was not a scholar but he memorised the Quran and would love scholars, sit in their talks and benefit from them. He was a student of Shaykh Muhammad Yusuf Jepuri (the author of “Haqiqatul Fiqh”) and had learned the translation of the Quran from him. He named his son Muhammad Yusuf after him and afterwards when he became an author, he put the name “Salahdin” instead of “Muhammad” and probably because Salahdin Ayubi’s name was Yusuf, and hence he choose this combination of name.

When they were in India, whenever Hafiz AbdulJabbar Kandehlwi used to come to Jepur, he would stay at Hafiz AbdusShakur’s house. When they moved to Pakistan, Hafiz AbdulJabbar’s son Qari AbduKhaliq Rehmani was in Karachi and would come to visit them.

Hafiz Salahdin Yusuf was around 10-11 when his family moved to Karachi and he started his studies there in Masjid Rehmaniyah. Before he only learned at home from his father. Hafiz Salahdin Yusuf memorised the Quran in 1 year from Qari Muhammad Ishfaq who was from the Deobandi school of thought. Afterwards Hafiz Salahdin Yusuf started to study Dars Nizami in Jami Al-Ulum As-Su’udiyah in which Hakim Ali Dehlwi was Sadr Mudarisin. This Madrasah after moved to Safeed Masjid Soldier Bazar and was named Dar Al-Hadith Rehmaniyah and its president was Shaykh AbulWahab, who was the son of Shaykh Ata Ur-Rahman. Shaykh Ata urRahman had established Dar Al-Hadith Rehmaniyah in Delhi so his son named this Madrasah in Karachi in the memory of his father’s Madrasah.

During his studies there for 2-3 years with studying the books of Dars Nizami, Hafiz Salahdin Yusuf used to read many magazines such as Tajalli Deoband, Chiragh Deoband, Faran Karachi, Sayarah Lahore, Tarjuman Al-Quran Lahore, Mithaq Lahore, Raheeq Lahore, daily Shihab Lahore, and weekly Asia Lahore. Likewise he had the fervour to read books of Shaykh Masood Alam Nadwi, Shaykh Abul Hasan Ali Nadwi, Shaykh AbdusSalam Nadwi, Qadhi Sulayman Mansurpuri, Shaykh Shibli Nu’mani, Shaykh Sulayman Nadwi, Shaykh Mawdudi. His teacher from Jamiyah Al-Ulum Su’udiyah  Shaykh AbdurRahseed Nadwi Ad-Daakhi is the one who encouraged him to read a lot as he himself graduating from Nadwah had a great fervour to read a lot.

During his studies in Dar Al-Ulum Taqwiyatul Islam, he started to write some articles. His first article was on “Jashan Milad Nabi” and it was published in “Al-Itisam”. His second was on journalism in Pakistan and it was published in Al-Itisam. His third article was in 2 parts in Al-Itisam in defence of Ahl e Hadith against objections of Shaykh Amir Uthmani, the director of Tajalli Deoband.

After Shaykh Ataullah Haneef Bhujiyani took back the charge of Al-Itisam magazine, in 1970 Hafiz Salahdin Yusuf helped him and likewise his nephew Muhammad Sulayman Ansari and his son Hafiz Ahmad Shakir became part of the team running Al-Itisam. After some time, Hafiz Salahdin Yusuf became the editor of the magazine. Hafiz Salahdin Yusuf remained the director of Al-Itisam for 15-16 years up to the death of Shaykh Ataullah Haneef Bhujiyani. He remained linked to Al-Itisam for some time after the death of Shaykh Bhujiyani. In total he was attached to Al-Itisam for approximately 24 years and in this period, he wrote many articles, editorials, presentation of books, biographies and others. This material is in many thousands of pages.

After leaving Al-I’tisam, Hafiz Salahdin Yusuf became attached to Maktabah Darussalam established by Shaykh AbdulMalik Mujahid. Hafiz Salahdin Yusuf remained 4 months in Riyadh in the office of Darussalam where he started to write his Tafsir “Ahsan Al-Bayan”, which he completed after returning to Lahore where he worked in their office on Lower Mall Rd. Hafiz Salahdin Yusuf was the head of the research department of Darussalam Lahore. The Tafsir “Ahsan Al-Bayan” was published with the translation of Shaykh Muhammad Junagarhi and this Tafsir became very popular. This translation was chosen by KSA to be distributed freely to pilgrims by King Fahd Complex, but after Hanafi blind followers complained that it is confusing laymen who are Hanafi, it was slightly summarised. Its summary has been translated by Darussalam in English in 5 volumes entitled “Tafsir Ahsanul Bayan”.

Hafiz Salahdin Yusuf also did a translation of the Quran with Shaykh AbdulJabbar which was published in the Tafsir “Ahsan Al-Kalam” of Dr Muhsin Khan, and also in “Ma’ani Al-Quran Al-Kareem”, a word for word translation published by Darussalam.

With this, we count among his books:

1) “Riyadh As-Salihin”: Translation in Urdu and notes in 2 volumes. It has also been translated in English.

3) “Awraton ke Imtiyazi Masail wa Qawanin”: On the Fiqhi issues related to women in 317 pages published by Darussalam on women leadership of a country, triple divorce, polygamy, her witness, blood money, inheritance and other issues.

5) “Ramadhan Al-Mubarak, Fazail, Ahkam, wa Masail”: Published by Darusslam. It has also been translated in English under the name “Ramadan, Rules and related issues” 32 pages.

6) “Masnun Nikah or Shadi Biyah ki Rusumat”: 110 pages published by Darussalam on marriage according to the Sunnah and innovations.

7) “Mafrur Larkion ka Nikah or Humari Adalteen”: 88 pages published by Darussalam on women running away from home and doing a court marriage without the Wali.

8) “Rusumat Muharram Al-Haram or Sanihah Karbala”: On the innovations of the tenth of Muharram and the event of Karbala, 112 pages published by Darussalam.

15) “Kiya Awraton la Tariqah Namaz Mardon se Mukhtalif he?”: 64 pages book showing there is no difference between the prayer of men and women.

32) “Huquq wa Faraidh”: The last 5 books have been compiled in this single book, published by Darussalam in 250 pages.

35) “Sone Jagne ke Adab”: etiquettes of sleeping and waking up.

40) “Azmat Hadith or us ke Taqadhe”: 91 pages published by Darussalam on the authority of Hadith.

45) “Huquq Mardan or Huquq Niswan”: This book disucsses the rights of men and women in Islam, women working, divorce, Khul’a, and as well the women protection bill 2016 discussed in the assembly.

54) Tashih, Tanqih and Nazar Thani of “Tafsir Tarjuman Al-Quran bi Lataif Al-Bayan” of Nawab Siddiq Hasan Khan: Hafiz Salahdin Yusuf did verified and checked the Tafsir of Nawab Siddiq Hasan Khan with Hafiz Shahid Mahmood. Hafiz Hamid Mushtaq did the Takhrij and Muhammad Yahya Qureshi replaced the ancient Urdu words with new ones. The first 4 volumes have been published by Maktabah Quddusia and Dar Abi Tayib with up to 10 volumes to come insha Allah.

With these works Hafiz Salahdin Yusuf was also Mushir Wafaqi Shar’i Adalat Pakistan (An adviser to the National Religious Tribunal of Pakistan).

He appeared on PeaceTV Urdu and Paigham TV and in many other Pakistani channels for programs benefiting laymen. He participated in many conferences and seminars, and was in board of many magazines such as Mohadis Lahore of Shaykh AbdurRahman Madni and others.

After a long life devoted to knowledge and writing, Hafiz Salahdin Yusuf passed away on Saturday 11th July 2020. His son Hafiz Usman Yusuf is a graduate from Madeenah University and is pursuing further education in Punjab University, may Allah give him the Tawfeeq to carry on his father’s mission.

Source: “Dabistan Hadith” of Shaykh Ishaq Bhatti and others.