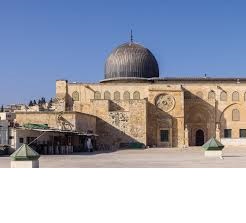 Shaykh Abu Khuzaima Muhammad Hussain Zahiri is from the area of Okarah. He became Ahl e Hadith from a Deobandi background.

He did his FSC (faculty of science) in Pre-Medical

Among Shaykh Zahiri’s other teachers, we count:

Among the scholars from whom he took Ijaza in Hadith, we count:

Shaykh Muhammad Hussain Zahiri was Imam and Khateeb for a long time in Hyderabad in Pakke Qil’ah Wali Masjid. Afterwards he moved to Kuwait

Afterwards Shaykh Zahiri became Imam in Qasur, in Gujranwala and he was Shaykh Al-Hadith in Jamiyah Imam Bukhari in Sargodha and in Jamiyah Islamiyah Dallan Bangla in Burewala.

Many students around the world are learning online the traditional books of Hadith and Musannaf ibn Abi Shaybah from him, students from Egypt, Iraq, Tunisia, and Lebanon.

Shaykh Muhammad Hussain Zahiri conducted a 5 days program in Hyderabad in refutation of Master Ameen Okarwi and the tapes of this program were spread around the world and many people became Ahl e Hadith through them. Because of these tapes, Dar Al-Ulum Deoband India declared Shaykh Zahiri as Wajib Al-Qatl (deserving death penalty)

Shaykh Muhammad Hussain Zahiri authored many books such as “Aqidah Ahlus Sunnah”, “Miftah Al-Jannah” and others.

Shaykh Muhammad Hussain Zahiri has three sons, who are all walking on his footsteps and serving the religion.

Jareer Hocane, who studied at Al-Huda Institute for men