You are here: Home / Biographies / Biography of Shaykh AbdulHadi Umri 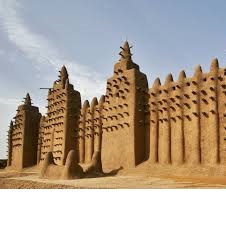 “This article was written by the honourable Shaykh Muhammad AbdulHadi Umri Madni (may Allah preserve him). He was born in Hyderabad in 1956, his father’s name was Muhammad Afzal. His household brought him up in a pure and clean Islamic atmosphere. The deep inclination and Islamic environment of this household can be measured by the fact that there were three brothers in this family and the three of them graduated from Madeenah University. The eldest brother is Shaykh AbdurRahman Madni, the second brother Shaykh Abdullah Madni and the third himself Shaykh Muhammad AbdulHadi Madni.

Shaykh Muhammad AbdulHadi Umri Madni was very skilled in reading and writing since young, and he always held high status among his friends. He graduated from Jamiyah Darussalam Umerabad in 1977 and after went for higher studies in Madeenah University. He completed his studies in 1981 in Madeenah University and went for preaching in UK in 1982. There he attached himself to Jamiat Ahl e Hadith Birmingham and because of his skills and high behaviour, he was appointed as general secretary of Jamiat Ahl e Hadith Birmingham in 1987 and he occupied this position up to 1993. Afterwards he was appointed 2 times consequently as president of the Jamiat…

Possessor of high morals and behaviour, he is a very humble person, whoever meets him cannot remain not affected by his speech and high behaviour. I have heard about him in his absence from many people and all of them praised him. With UK, he also took part in conferences of different Islamic groups and people benefited from his speeches. His scholarly and writing skills can be measured by the fact that he is the editor of the monthly magazine “Sirat e Mustaqeem” which is the organ of Jamiat Ahl e Hadith UK. Whoever is reading this magazine constantly can see the skills of the Shaykh.” End of Shaykh Rizwanullah Riyazi.

Among the books translated by Shaykh Abdul Hadi Umri we count:

a) “Islamic Verdicts”: The book “Fatawat Sirat e Mustaqeem” of Shaykh Mahmood Ahmed Mirpuri has been translated into English by Shaykh AbdulHadi Umri and this English translation has been published by Darussalam.

b) “Mumin ka Aqidah Quran wa Sunnat ki Roshni mein”: This book of Shaykh AbdurRahman Abdukhaliq on Sunni creed has been translated in Urdu by Shaykh AbdulHadi Umri and has been published by Jamiyah Ihya Turath Kuwait.

With his writing skills, Shaykh AbdulHadi Umri is also an excellent orator and teacher. He has many series on different TV channels such as PeaceTV, Iplus TV and others and he has attended many international conferences. He is Khateeb at Green Lane Masjid, Mohammadi Masjid and active in many other centres in Birmingham.

Shaykh AbdulHadi Umri is also currently the head of The Islamic Judicial Board (Majlis Qadha Islami) and an active and leading scholar of UK. He had indeed studied under giants such as Shaykh Zaheerudin Mubarakpuri and others in India and benefit from great scholars in KSA.