You are here: Home / Our Publications / The “Islamic” Revolution of Khomeini, its Psychological Environment and Realities

The “Islamic” Revolution of Khomeini, its Psychological Environment and Realities 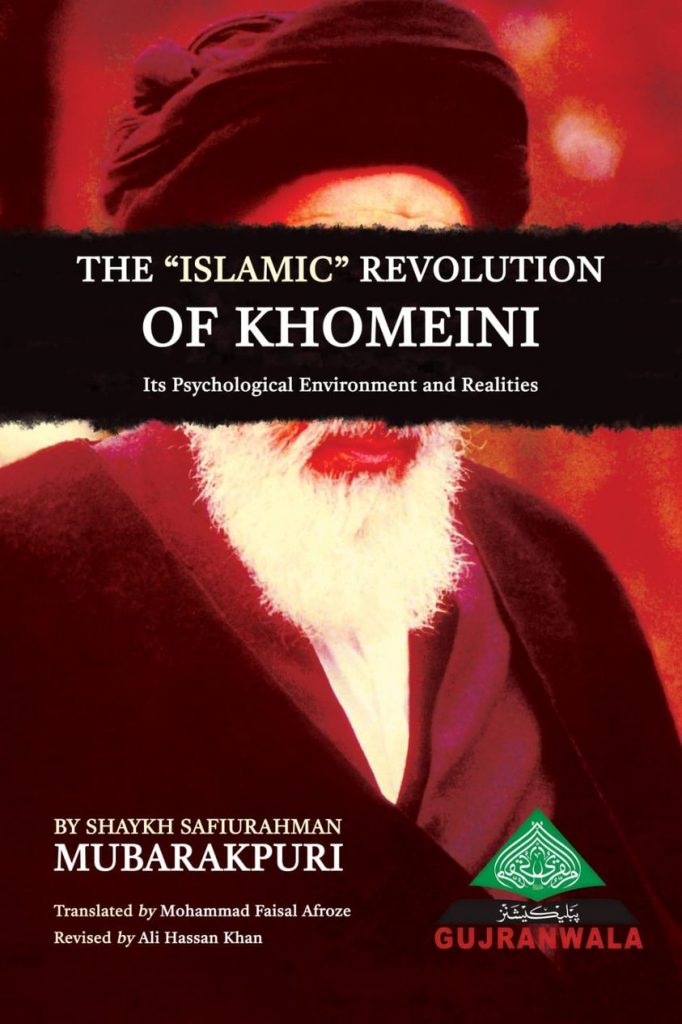 The “Islamic” Revolution of Khomeini, its Psychological Environment and Realities

Shaykh SafiuRahman Mubarakpuri is a well known scholar around the world due to his popular book Ar-Raheeq Al-Makhtum (The Sealed Nectar; indeed this book won the first prize in a competition organised by the Muslim World League (Rabitah Alam Islami) for the best Seerah book). The present book, The “Islamic” Revolution of Khomeini, its Psychological Environment and Realities by Shaykh SafiuRahman Mubarakpuri is acompilation of a series of his articles written in Urdu in the magazine “Mohadis”. These articles written during the Iran-Iraq war exposed the creed of Ayatollah Khomeini and his expansionist agenda and plans to invade Sunni countries such as Iraq and Saudi Arabia. Forty years later, we see that Iraq is now a satellite country of Iran and under its control; Iran has committed atrocious crimes and killings of Sunnis in Yemen and Syria, implementing the agenda of Khomeini.

In these articles, the author exposes the creed of the Shi’ites, their belief in the alteration of the Quran, their excommunication of the Companions, their hatred towards the Sunnis and other horrendous beliefs from their main sources.

The Shaykh also exposes the creed of Ayatollah Khomeini and clarified that his beliefs echo the views of extreme Shi’ites and he is working on a clear strategy to take over Iraq and the Hijaz in preparation for the arrival of their presumed hidden Imam from the cave.

Unfortunately many naive Sunni Muslims view Khomeini and Iran as Islamic symbols and we hope that this book will expose the reality of the Shi’ite school of thought so Sunnis remain alert and vigilant about them. Also we hope that Shi’ite laymen will, by reading this book, open their eyes to their illogical school of thought, which affirms divine powers to the “Twelve Imams”, and we pray to Allah that these sincere Shi’ite laymen convert to Sunnism and orthodox Islam. Ameen!