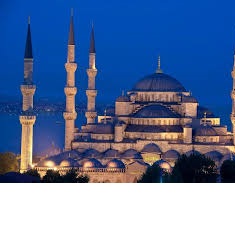 After completing his studies, Shaykh Sultan Mahmood came first in 1928 to Jalalpur Peer Wala to participate to a religious conference. In 1934 he came again to Jalalpur Peer Wala and decided to reside there and established a Madrasah called “Daar Al-Hadith Muhammadiyah”. Upon the insistence of Jamiyah Salafiyah Faislabad, he taught there for one year and returned after to his Madrasah in Jalalpur Peer Wala which had become one of the most reputed Madrasah of Ahl e Hadith.

Many people from rich Madaris came to invite him to teach in their Madaris and offered him more income but he preferred to teach in his Madrasah. It is said that he would receive 2500 rupees in his last years and would give back 500 to the Madrasah for poor teachers. He had a very simple life and was contended with little.

Shaykh Sultan Mahmood Jalalpuri was very active as well in preaching, he would go to many villages in the state of Bahawalpur, Multan, Muzafarrabad and other areas. These areas were very deprived and there were not many build roads, so sometimes he had to walk great distances to reach some villages or go by horse carriage and he would not even take travel expenses from villages in which he was invited for a talk. Likewise when Shaykh Ataullah Haneef Bhujiyani would come to take the annual exams in his Madrasah in Jalalpur Walah, he had to take a horse carriage to reach it. Despite all these difficulties Shaykh Sultan Mahmood preferred to stay in such a place rather than more developed cities. He would also not only go to gatherings in which thousands would come, rather he would go to talks even if a small attendance was present.

4) “Ifadat Jami’ Tirmizi”: Many of his students copied his explanation of Jaim Tirmizi and Shaykh AbdurRahman Cheemah is compiling them.

6) “Ni’ma Ash-Shuhood fi Tahreef Al-Ghaleen fi Sunnan Abi Dawood”: a small Urdu and Arabic epistle about the word “Laylah” being replaced by “Rak’ah” by some Ahnaaf in their printed Sunnan Abi Dawood.

1) Shaykh Muhammad Rafeeq Athari, he is teacher since a long time at Daar Al-Hadith Muhammadiyah in Jalalpur. He also taught for some time at Jamiyah Muhammadiyah in Okarah. He is considered as the scholarly heir of Shaykh Sultan Mahmood Jalalpuri.

2) Shaykh Allah Yaar Khan: He is also among teachers at Daar Al-Hadith Muhammadiyah.

5) Shaykh Aziz Zubaydi, who also had studied in Delhi in Madrasah Zubaydiyah from Shaykh Ahmadullah Parthabghari, hence his Isnad was very short.

10) Shaykh Sa’eed Mujtaba Sa’eedi, who was the son of Shaykh Abdul Aziz Sa’eedi.

14) Shaykh Muhammad Ashraf Javed who studied from him during his one year teaching at Jamiyah Salafiyah Faislabad.

Shaykh Sultan Mahmood Jalalpuri had students from Arab and Africa who would come to Jalalpur to read him Ahadith and obtain Ijazah. Among them Shaykh Abul Izz Muhammad Muiz Al-Yabini As-Salihi.

Also among his preeminent student who count his son, Professor Muhammad Yahya Jalalpuri, who was his only son.

Shaykh Muhammad Yahya Jalalpuri was born in September 1940, he passed his Matric in 1956 and in this time he also took religious knowledge at Daar Al-Hadith Muhammadiyah. He did his BA honours in economy and Arabic from Emmerson College Multan. In 1962 he did his MA Arabic from Punjab University and obtained the first position in it.

When he had moved to Lahore to do his MA Arabic, Shaykh Sultan Mahmood Jalalpuri had written to Shaykh Sayid Muhammad Dawood Ghaznawi to look after his only son so that he does not get under wrong influence in hostel of Punjab University. Shaykh Dawood Ghaznawi after receiving the letter told Shaykh Yahya to reside in his Madrasah Taqwiayul Islam in the room next to his.

Though Shaykh Muhammad Yahya had studied Sihhah Sittah from his father, his father instructed him to study “Sunnan Nasa’i” again from Shaykh Ataullah Haneef Bhujiyani.

Since 1986, he has been living in Lahore. He joined the Mutahidah Ullama Council Pakistan in order to unite the different Sunni schools of thoughts. In 1992 when the first International Islamic conference took place in Islamabad under the Muslim World League, he was the Ameen of this conference. He was also the secretary of the second international conference in 1994 in Peshawar. According to the decision of this conference, a group of scholars tried to reach peace between the different Afghan factions but it was not successful.

Shaykh Muhammad Yahya Jalalpuri has been working for a long period as research scholar in Darussalam Lahore, he wrote an Urdu Sharh of Sahih Muslim which will be printed soon, his translation of Sahih Muslim has already been printed by Darussalam. He checked many of Darussalam’s works such as their Seerah Encyclopaedia in 16 volumes to which he wrote a lengthy introduction. The Shaykh is nowadays retired from Punjab University and carries on his research and authoring books.

Shaykh Mahmood Ahmad Mirpuri was also among the students of Shaykh Muhammad Yahya Jalalpuri like many other scholars.

Shaykh Sultan Mahmood Jalalpuri passed away on the 4th November 1995. He taught continuously since 1934 for 61 years.