You are here: Home / Our Publications / The Fatwa regarding the Ghawth, Qutb, Abdal and Awtad of ibn Taymiyah

The Fatwa regarding the Ghawth, Qutb, Abdal and Awtad of ibn Taymiyah 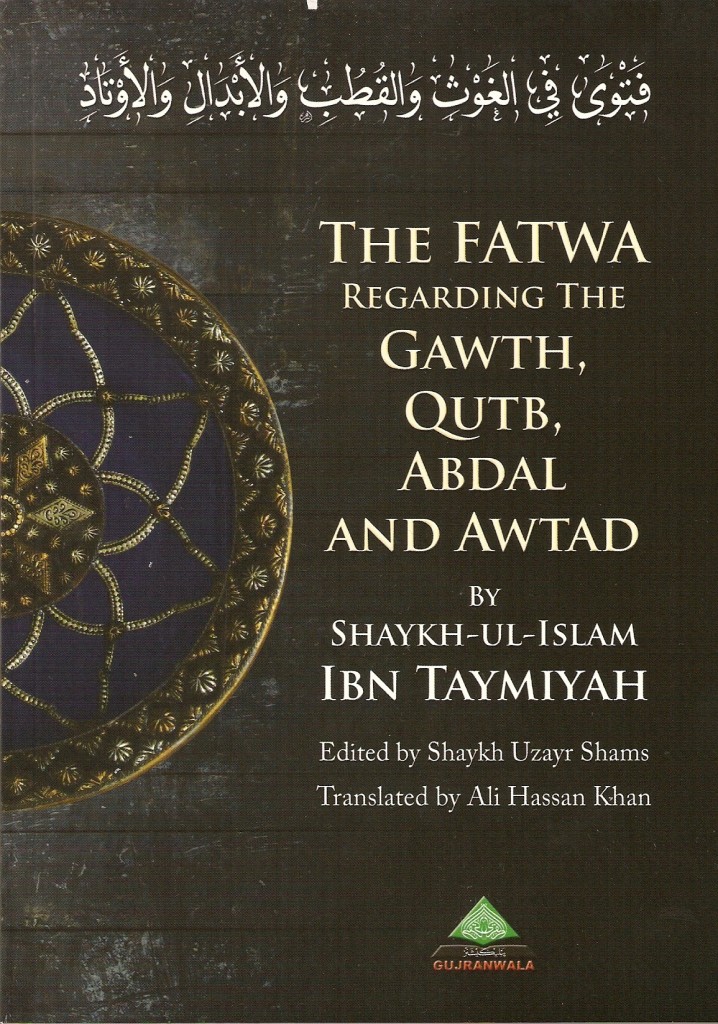 This text is among the remnants os Shaykh-ul-Islam IBN TAYMIYAH that are among his handwritings which are being published for the first time in seven centuries; it deals with the topic of the Qutb, the Abdal and the Awtad, a topic that is widespread among Sufis and Laymen ever since the fourth century due to influence of some foreign cultures spread among the Islamic society, and based on some false Ahadith fabricated upon the Prophet (PBUH).

Certainly, this doctrine had some negative effects upon the Islamic society, as a lot of people attached themselves to the Ghawth, Qutb , Abdal and Awtad, and they started to think when a hardship affects the inhabitants of the earth, the inferior ( in these level of saints ) would raise this matter to the superior, until it reaches the ghawth, and he does not raise his eyes except that this hard ship is removed; some of them even claimed that the assistance to the inhabitants of the earth, including the angels , birds and fishes, comes from the direction, all good is diffused to entire the creation through his intermediary, that he confers kingship and the friendship (Wilayah) of Allah to whomever he wills, that he takes away from whomever he wants , and many other false claims that attribute to the Qutb and Ghawth some aspects of divinity and lordship, and this is among the greatest of lies, impossibilities, polytheism, misguidance and heresy.

Considering the danger of this doctrine and the harm caused by its spread and propagation to the creed of the laymen and the elite, some scholars stood debate this doctrine and refuse it, explaining what it conatins from opposition to reason and the Shari’ah ( religious law ), criticizing the Ahadith upon whic the Sufis base themselves . Shaykh-ul-Islam Ibn Taymiyah was the one having the strongest speech on this issue and the greatest refutation of this doctrine. This book before you is the largest epistle that he wrote on this subject.

Available at Darussalam, Kitaabun and others